For those times you need a macro that yells, Thou Dragonpacker! 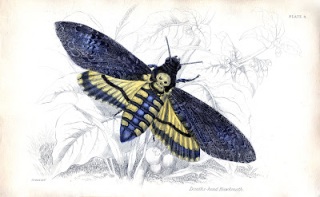 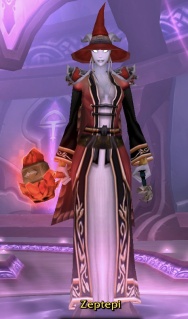 I am not sure how this happens, maybe it’s just my brain pattern, but I notice that odd things come in twos. For example, I was looking at Graphics Fairy and this Death’s-head Hawkeye moth popped up. That very night, I believe, Zeptepi obtained this funky cloak from Naxx with this insignia:

Then, today my mom told a funny story about a chubby lady my great-grandmother knew who was married to a man named Ollie, and then as we’re driving home I looked up at a street sign and the name of the street was “Ollie.” And then while watching TV, Twister Sister was mentioned and I swear I was just talking about old 80s videos the other day and brought them up as an example.

Okay, the Ollie story is funny: Imagine a very buxom woman putting on an old-fashioned girdle, and one breast was in and one was out, and she could not maneuver her way into its proper position, so she calls in her husband, named Ollie, who was of no use with girdle-breast placement (this happened long before the invention of Spanx) and said he’d just have to get the scissors and cut it off. She replied, “I don’t think so, you’ll just have to cut off my boob, because this cost $25!”*

I’m not sure how this predicament got resolved, but I’m sure my great-grandmother’s Bridge club was left in stitches at its telling. But I thought, “It’s not my story, is it?” Ollie and his good lady wife are long passed, and I don’t know any other details than that. But what I am thinking now as summer draws to a close, is how much I can’t stop writing. I write in my head, I write notes, I send myself texts and tweets. I feel this urgency to collect these stories, which is why I put out a redundant BlogAzeroth idea. No matter. Good stories are worth repeating, even if it requires threat of shears. 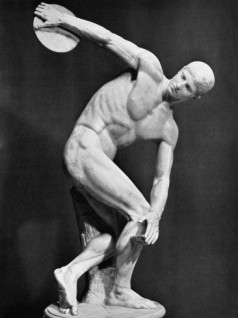 Woohoo! The Discus Results are in! And Khizzara has created a fantastic narrative!

Toss your shield this way: http://blogofthetreant.wordpress.com/2012/08/21/mogolympics-discus-event-results

I’m still not clear on who won what, because I lost track of the yardage, etc. but damn, they were all winners to me! I am especially fond of those who just equipped a shield, because using other weapons for a discus throw kind of confused me. (Think I am the only one who felt this way, and I kept it to myself.)

I was sitting here thinking, though, why would there be a sport where you need to throw a plate really far? And of course, stupid, it’s because of shields! All games are essentially war games – we play to compete and fight. One of the first attacks Lupe has is slamming her shield into a mob! Maybe she’d be a better paladin if she was more concerned with her aggro than her purple pauldrons. Perhaps. 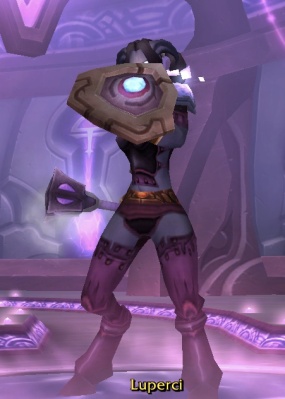 One thing I have noticed is what I feared would happen – in comments, etc. participants are starting to question/ponder or have concerns over choices of materials, or judges’ views, etc. All I will say is remember it’s all in fun, and I believe JD’s intent was to share some great ideas around a fun theme. 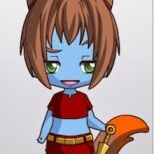 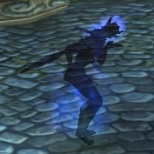 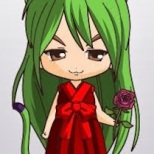 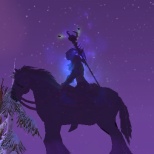 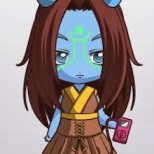 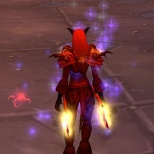 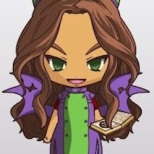 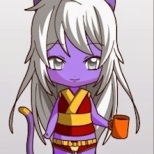 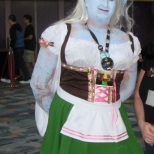 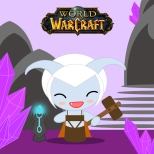 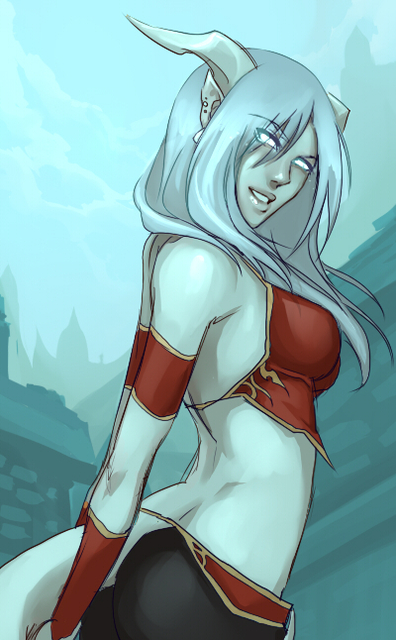 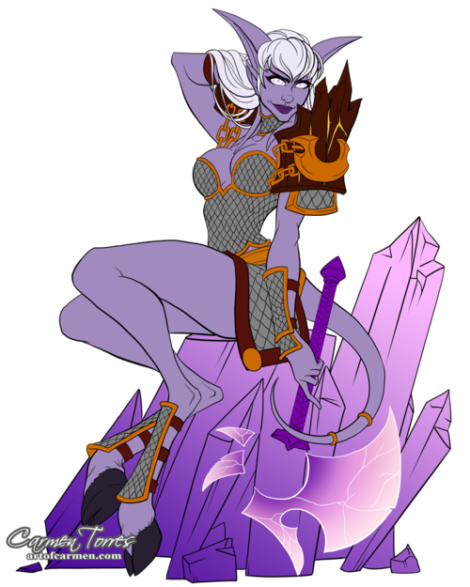